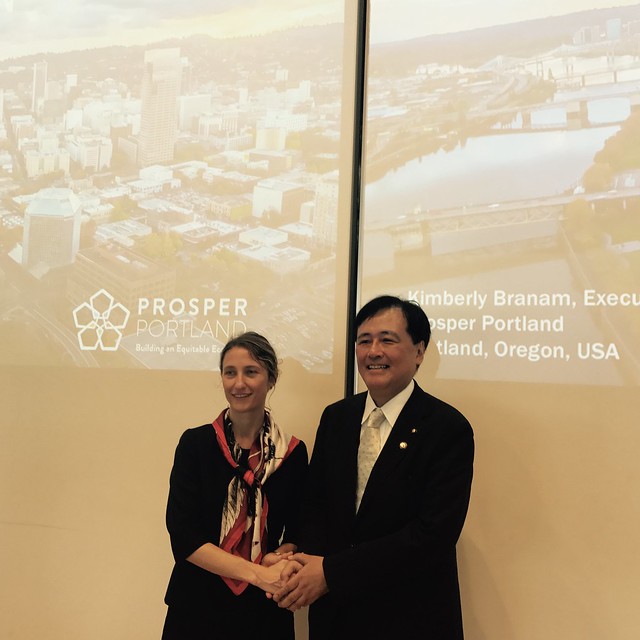 Branam’s schedule included a university panel on women in leadership as well as meetings with PriceWaterhouseCooper Japan, Deloitte Japan, Ajinimoto (which has a significant presence in Portland), and Meiji Yasuda, which acquired Portland-headquartered StanCorp Financial Group as a wholly owned subsidiary in 2016.